TGB Charity and DJ Mag worked together to hold The Gaming Beat Charity (TGB Charity), for which Fedde Le Grand was invited to produce 3 original tracks.

Because these tracks were put up as free downloads during the FIFA 2018 World Cup, the goal of “a million downloads” in this charitable music event was reached, all thanks to the participation and support of over a million people from across the world! By donating US$90,000 to the Top 100 DJs Foundation, TGB Charity hopes to call for kind contributions to this international charity through the influence of well-known DJs and electronic music brands. 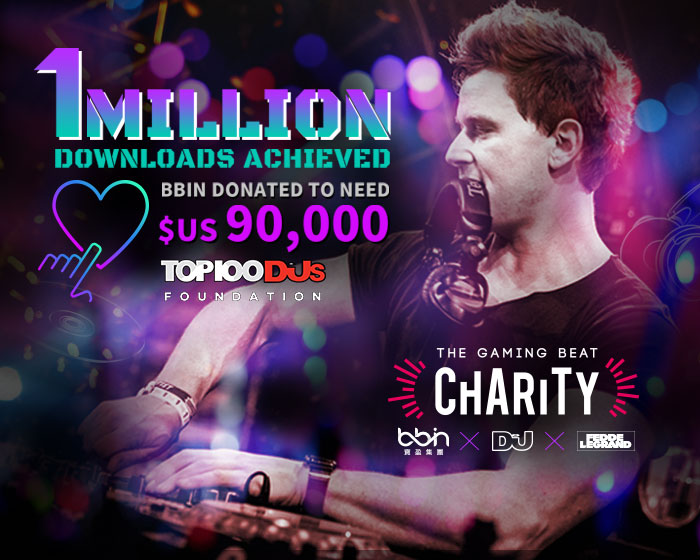 “TGB Charity” was a three-month event starting in May, 2018. At the beginning of each month, a new track was be released on the event website to be downloaded for free. The first track “The Gaming Beat” reached over 400,000 downloads globally in a single month. Then, boosted by the release of the second track “You Lift Me Up” in June, the total download count broke through 750,000 in the month. Afterwards, as the notable cheering music for FIFA championship games – “Scream Out Loud” – released in July, it helped the global download count reach the goal of the event a week earlier than planned. TGB Charity would like to thank its working partners and the public. 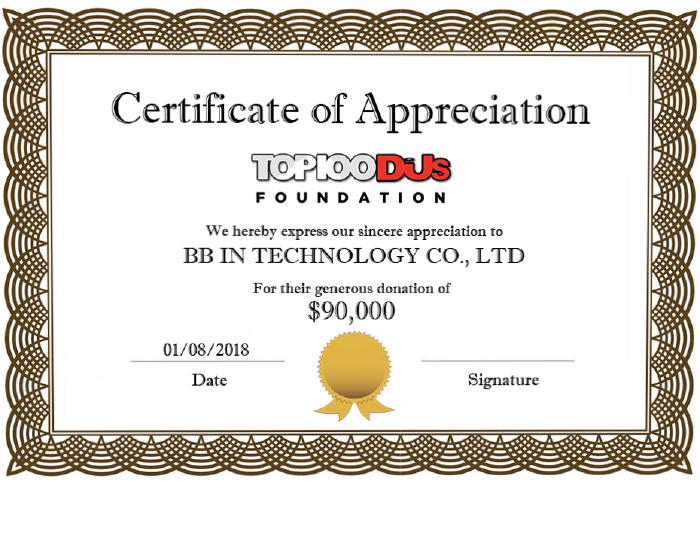 The Top 100 DJs Foundation was established in the Netherlands in 2013. In recent years, it continues to donate and raise funds by working with international charitable organizations such as Ocean Clean Up, Lymph & Co., and UNICEF. It provides a variety of emergency aid and is changing the lives of vulnerable populations in different countries across the globe. TGB Charity will donate funds to the Top 100 DJs Foundation in August. The results achieved through this event show the approval given by a million people to the way that TGB Charity contributed to charitable works over the three months of the event. In the future, TGB Charity will continue to hold a variety of international charitable events.